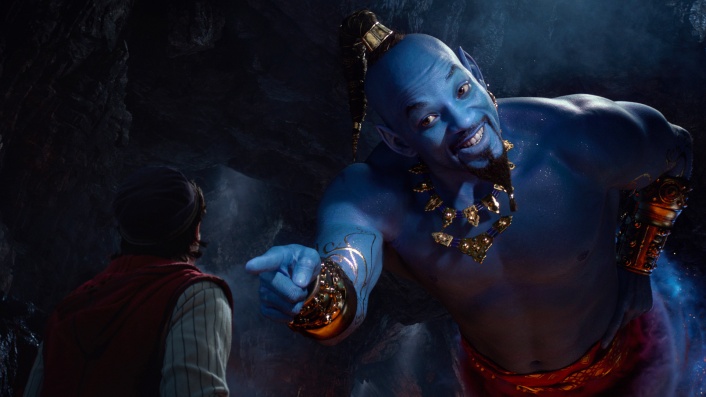 Disney's newest live-action adaptation of the classic film 'Aladdin' is not exactly what we wished for but it's not the worst either. The 1992 version was charming and some memorable songs that the 2019 version tried to captivate but wasn't exactly all there.

The movie begins with a montage sequence as it goes through the city of Agrabah, as 'Arabian Night' plays. With the extra runtime, I'm surprised how much they cut down from the beginning of the film and rushed the meeting between Jasmine and Aladdin. Exposition is key to establishing key characters, and this breezed through it.

The characters Aladdin (played by Mena Massoud) and Jasmine (Naomi Scott) are admirable at best but were a bit 'vanilla'. Aladdin's cute and awkward nervousness were exaggerated a bit too much which didn't translate well in a live-action, however luckily still had some charming elements.
Jasmine was more fierce and the theme of 'female empowerment' was prevalent in the film which matched well to the confidence of actress Naomi Scott.
Jafar was bland and could have been so much more dark and evil as an overall character. Did not exactly enjoy the scenes with him.

Surprisingly, the Genie (Will Smith) was probably one of the best parts of the film despite being made into countless memes prior to the release. Although he does not beat Robin William's genie, it is a respectable attempt and made it his own to fit his own personality. Almost like if Will Smith combined Fresh Prince of Bel Air and Aladdin. Adding his own magical twists to songs such as 'Friend like Me' and 'Prince Ali'.

The storyline follows most of what consists of the original film with some added new scenes which shows a new perspective of the character. The cinematography is beautiful with enjoyable musical numbers. The SFX is great and was able to enhance the magical elements.
Wouldn't say it's as good as the original, but I'm not mad
0 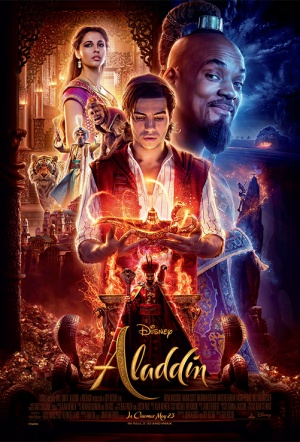