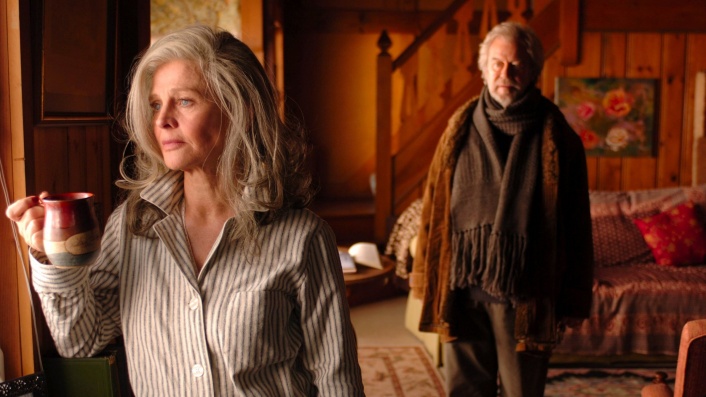 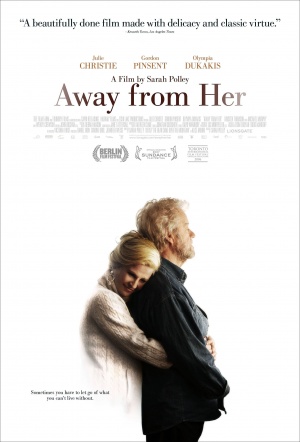 Married for 50 years, Grant (Gordon Pinsent) and Fiona’s (Julie Christie) commitment to each other appears unwavering, and their everyday life is full of tenderness and humour. But Fiona’s increasingly evident memory loss makes it no longer possible for either of them to ignore the fact that she is suffering from Alzeimer’s disease.

With the intention of going out with dignity, Fiona checks into a nursing home. As Grant remains in his empty house, wracked with guilt over his past indiscretions, Fiona forms an attachment to a fellow patient she claims to have known in her youth.
Golden Globes 08; Best Drama Actress (Christie)
2006Rating: M, contains offensive language110 minsCanada
Drama

Away From Her / Reviews

Christie is poignantly appealing, easily suggesting a woman Grant might still be fascinated by after nearly a half-century. But it's Pinsent who really carries the bulk of screen time and the film itself, in a perfectly restrained turn.

The film is by turns sharp and somber, alive to the lacerations of ordinary experience and quietly attentive to grand absurdities and small instances of grace.

Deft, assured, unpredictable and utterly engrossing story of a woman whose descent into dementia follows an unusual course...

This is an astonishingly assured directorial outing for 28-year-old Canadian actress Sarah Polley - showing an artistic restraint and insight far beyond her years...

This is lovely stuff. If you appreciated Snowcake, then don't miss this. Julie Christie has got to be nominated for an Oscar for her work here.

An incredibly moving film, even more so for anyone who has had a loved one affected by Alzheimer's disease or dementia...

It's a low-key yet powerful and uplifting story of love renewed amid the ravages of old age. Soulful and wonderfully acted.