Bart Got A Room 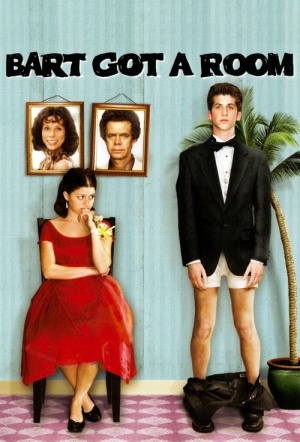 Coming on like a mix of American Pie and Napoleon Dynamite is this autobiographical nerdy comedy from helmer Brian Hecker. The main protagonist is not, in fact, Bart. Bart is the least cool guy in school, and is used as the benchmark of dorkdom. Our man here is Danny – the high school senior with his prom all mapped out – he’s got the tux, the limo and after some panicking, the hotel room. He’s just missing… you guessed it… the girl. Danny is played by newcomer Steven Kaplan, with the generally superb William H Macy playing his well-meaning but calamitous father (shades of Eugene Levy perhaps?). Factoid: Macy’s curly barnet is modeled on the real hair of director Hecker’s own dad.