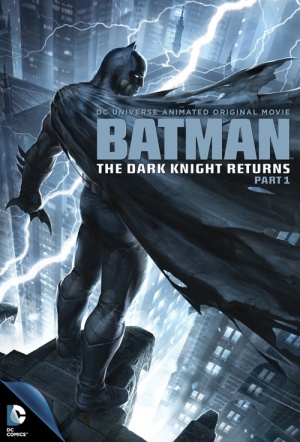 Ten years after Bruce Wayne hung up the cape, following other superheroes who had been forced into retirement, he passes the time with race cars and liquor. But the bat beckons as he watches his city fall prey to gangs of barbaric criminals known as The Mutants. The return of Two-Face finally sees Batman back, and his capture of Harvey Dent makes him both the target of law enforcement and the new hope for a desolate Gotham City. Particularly inspired is a teenage girl named Carrie, who adopts the persona of Robin and ultimately saves Batman from a brutal attack by the Mutant leader. Armed with a new sidekick, and re-energised, the Dark Knight returns to protect Gotham from foes new and old.