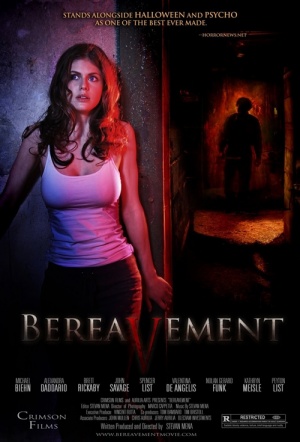 Horror film about a young boy who is abducted from his backyard and forced to witness the brutal crimes of a madman. Prequel to Stevan Mena's 2005 horror movie, Malevolence.

In 1989, six-year-old Martin Bristoll is kidnapped from his backyard by a psychotic recluse. Martin is kept imprisoned on a derelict pig farm and is forced to witness and participate in unspeakable horrors. Victims are randomly chosen and their screams fall on deaf ears in the rural countryside. For five years Martin's whereabouts remain a mystery, until a 17-year-old girl goes to live with her uncle on his farm. While exploring her new surroundings she discovers things aren't quite right at the farmhouse down the road...