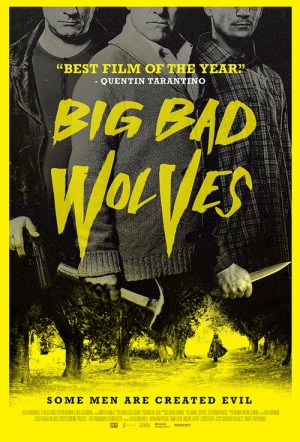 Quentin Tarantino's favourite film of 2013, Big Bad Wolves is an Israeli comedy-thriller about a series of brutal murders and the three men whose lives are on a collision course as a result: the father of the latest victim now out for revenge, a vigilante police detective operating outside the boundaries of law, and the main suspect in the killings - a religious studies teacher who was arrested and then released due to a police blunder.

Finding no help from the law, grieving father Gidi (Tzahi Grad) and disgraced cop Micki (Lior Ashkenazi) take it upon themselves to hunt down the killer and extract the truth, and revenge, by any means necessary.