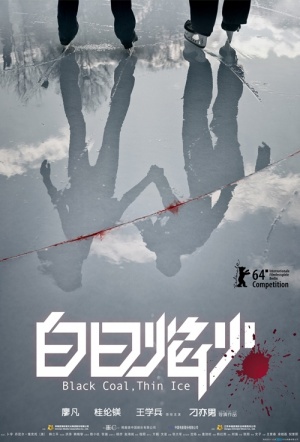 Mandarin-language noir set in industrial northern China following an ex-cop and his old partner whose careers disintegrated with the failed attempt to capture a serial killer. Five years later, a string of very similar murders crop up, prompting the pair to continue the investigation on their own accord. Winner of the Golden Bear at the 2014 Berlin Film Festival.

Eschews contemporary embellishment, instead using a lens of social realism to tell this tale of high-heeled intrigue.

A fascinating exercise in style that will entrance the critics and leave audiences scratching their heads.