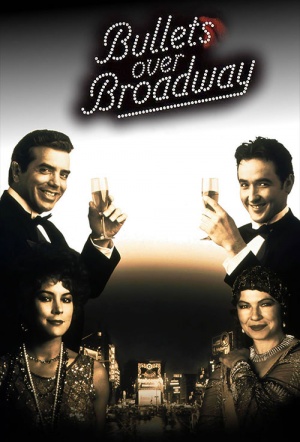 David Shayne (Cusack) is a straight-arrow playwright who plans to stand firm against compromising his work, but quickly abandons that stance when his producer (Jack Warden) finds a backer to mount his show on Broadway. There's just one catch, however: the backer is a mobster (Joe Viterelli) who sees Shayne's play as a vehicle for his dizzy, talent-free girlfriend, Olive (Jennifer Tilly).

Mr. Allen has drawn on autobiographical specifics in other films, but this may be the one in which he speaks most seriously from the heart.

One of Allen's best and most revealing comedies, as much a moral meditation as it is dazzling fun.

The movie is very funny and, in the way it follows its logic wherever it leads, surprisingly tough.