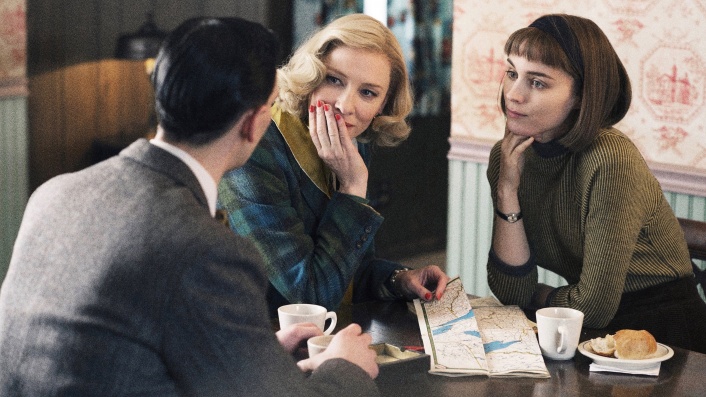 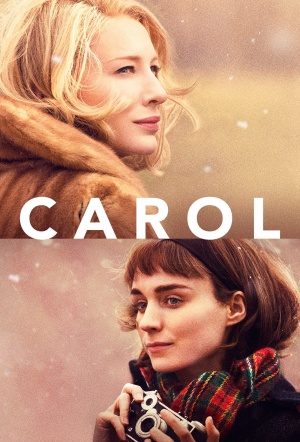 Romantic drama from Todd Haynes (Far from Heaven) starring Cate Blanchett and Rooney Mara, based on the 1952 novel by Patricia Highsmith. Carol was the talk of Cannes 2015, it won Best Actress (Mara) and the Queer Palm award.

"In New York in the early 1950s, Therese Belivet (Mara), is working in a Manhattan department store and dreaming of a more fulfilling life when she meets Carol Aird (Blanchett), an alluring woman trapped in a failing marriage. As an immediate connection sparks between them, the innocence of their first encounter dims and their connection deepens. When Carol’s involvement with Therese comes to light, Carol's husband retaliates by challenging her competence as a mother. And as Carol and Therese take refuge on the road, leaving their respective lives behind, a confrontation emerges that will test each woman's assumptions about herself and commitments to one another." (Cannes Film Festival)

If something is described as “classy”, so the dictum goes, neither the object, nor the person describing it, actually is. Still, you’d be hard-pushed to talk about Todd (Far From Heaven) Haynes’ latest awards hopeful, based on a 1952 Patricia Highsmith novel (published pseudonymously because of its then-shocking content), without recourse to such a word. Perhaps sophisticated will have to do.

Even high expectations don’t quite prepare you for the startling impact of Carol, an exquisitely drawn, deeply felt love story...

Every glance means something, no strain shows: it’s filmmaking as natural as breathing.

Gestures, looks and touches carry enormous weight, and Blanchett and Mara, both excellent, invite micropscopic readings of their every glance and movement.

Carol is gorgeous, gently groundbreaking, and might be the saddest thing you’ll ever see.

At once ardent and analytical, cerebral and swooning... a study in human magnetism, in the physics and optics of eros. A symphony of angles and glances, of colors and shadows.

It is a creamily sensuous, richly observed piece of work, handsomely detailed and furnished...

As its bravura filmmaking unfolds, those specifics fade and what remains are the feelings and emotions that all the best movie love stories create. And make no mistake, "Carol" belongs in that group.

It is a classy entertainment with a delicious combination of psychological manipulation and latent liberation.

Mara and Blanchett make for an unforgettable couple in a beautiful film about longing, loss and the confusion and wonder of love.