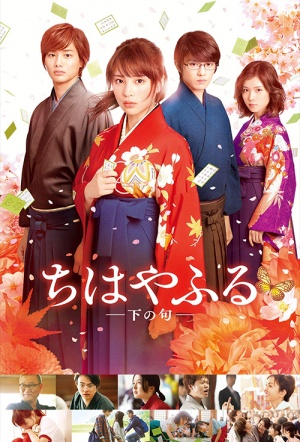 The second in a trilogy of live action adaptations of Yuki Suetsugu's manga about a school girl who takes up Hyakunin Isshu Karuta competitively.

After successfully winning the Tokyo qualifying tournament, Chihaya and her friends are set to go on to the nationals. As they prepare, Chihaya is faced with new personal issues as her childhood friend and inspiration, Arata, has announced that he has quit competitive karuta. Not only that, but a new rival emerges in the reigning female champion karuta player, Shinobu Wakamiya, a karuta prodigy who became the nation's and the world's greatest female karuta player as a 9th grader. All of this forces Chihaya to reexamine her love of the game in the midst of preparing for one of the biggest tournaments of the year.