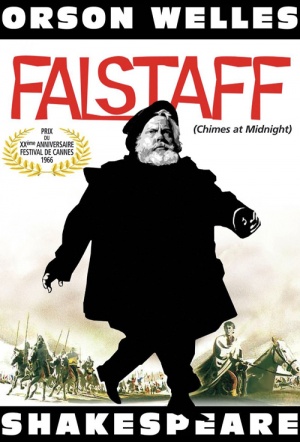 Orson Welles' critically-lauded 1965 exploration of recurring Shakespeare character Sir John Falstaff borrows material from Henry IV parts 1 and 2, Richard II, Heny V and The Merry Wives of Windsor. As delivered by Welles - as well as actor friends throwing him a charitable bone by appearing, including John Gielgud, Jeanne Moreau and more - and accentuated by deep focus black and white cinematography, the results are ranked among Welles' career highlights.