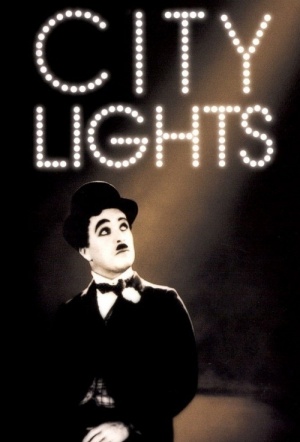 Considered both one of Charlie Chaplin's greatest comedies and one of the best movies of all time, City Lights follows the misadventures of the Tramp as he falls in love with a blind flower girl (Virginia Cherrill) and develops a troubled relationship with a depressed millionaire (Harry Myers). Ranked 11th Best Movie of All Time by the American Film Institute in 2007.

Interestingly, Hollywood became awash with the talkie and sound revolution midway through the production of City Lights - but Chaplin decided to finish the film silent, as planned. However a score was added, composed by Chaplin himself.

The British comic is still the consummate pantomimist, unquestionably one of the greatest the stage or screen has ever known.

Only someone with slow-drying cement in their veins wouldn't be moved.

A film worked out with admirable artistry.

There's dignity and folly to The Tramp, and everything in between.

Both funny and touching, this showcases Chaplin at his best.