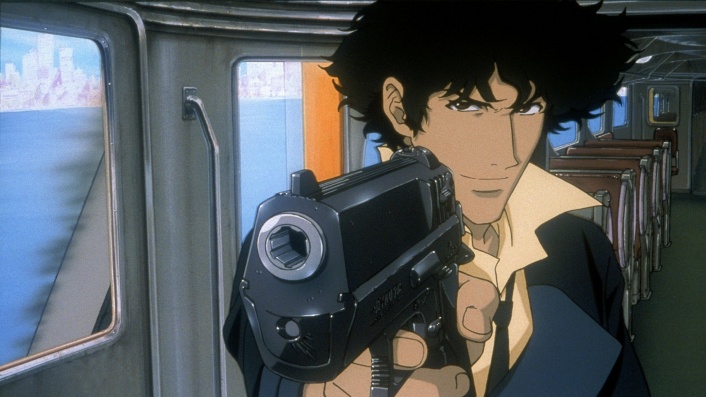 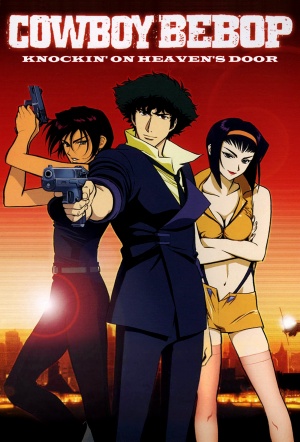 Spike and the gang are after the biggest bounty in the history of Mars in this feature-length movie based on the classic sci-fi noir anime. More

The year is 2071. Following a terrorist bombing, a deadly virus is released on the populace of Mars and the government has issued the largest bounty in history, for the capture of whoever is behind it. The bounty hunter crew of the spaceship Bebop; Spike, Faye, Jet and Ed, take the case with hopes of cashing in the bounty. However, the mystery surrounding the man responsible, Vincent, goes deeper than they ever imagined, and they aren't the only ones hunting him.

The graphics are tasty; they combine a weird-and-wonderful sense of strangeness with the raw immediacy of a live-action thriller.

This is an example of anime at its very best.

(It) is notable chiefly for its eye-catching urban backgrounds and an eclectic score...

The movie will be of interest to fans of the series, but it's hard to imagine this overlong, overplotted and underdrawn animation winning many new converts.

The movie honours the affectless beauty of the original anime art and maintains the outlaw boppiness of the series concept...

It's juicily violent (although not particularly graphic), deeply romantic and indisputably lively...

A movie that almost anyone can get into, follow, and enjoy.

We aren’t aware of any way to watch Cowboy Bebop: The Movie in New Zealand. If we’ve got that wrong, please contact us. 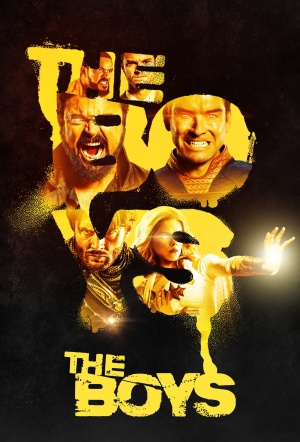