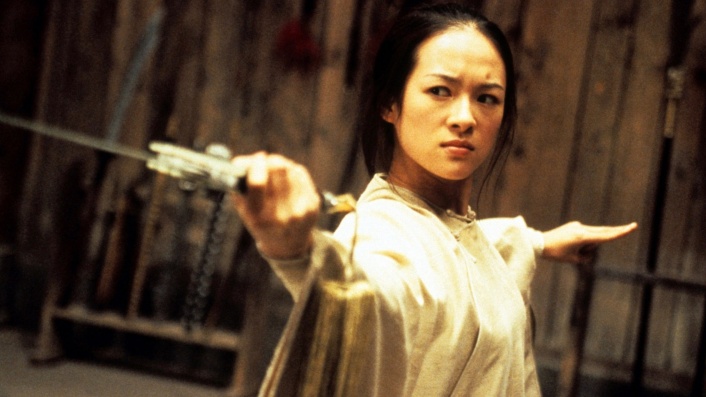 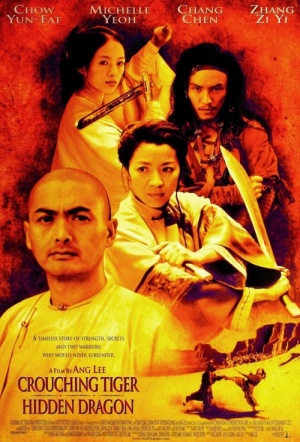 Ang Lee's Oscar-winning martial arts romance about the disappearance of a magical jade sword, and the quest for the missing treasure, in 19th century China. Featuring martial arts choreography by Yuen Wo Ping (The Matrix).

Two master warriors (Chow Yun Fat and Michelle Yeoh) are faced with their greatest challenge when the treasured Green Destiny sword is stolen. A young aristocrat (Zhang Ziyi) prepares for an arranged marriage, but soon reveals her superior fighting talents and her romantic past. As each warrior battles for justice, they come face to face with their worst enemy.

It's pulp fiction presented in a grand, knowingly humorous style distinguished by star power, a strong female slant and the latest in stunts and effects.

Yet in the hands of genre-jumping director Ang Lee, the pretty-pretty world of fringe cinema crunches straight into hardcore chop-socky to produce a film that has, quite rightly, been labelled the first "martial arthouse" movie.

The most exhilarating martial arts movie I have seen.

With its gift for showing things that can't be described, Crouching Tiger's blend of the magical, the mythical and the romantic fills a need in us we might not even realize we had.

It's The Matrix spliced with David Lean.

You may never see a more beautiful movie - and certainly no more majestic film has yet been made.