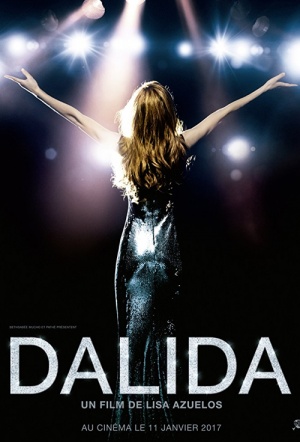 “From her birth in Cairo in 1933 to her worldwide hit Gigi l’Amoroso in 1974, this intimate portrait retraces the life of a complex and legendary woman and singer. Married to Lucien Morisse — director at the time of Europe 1 radio station — Dalida’s heyday was made of disco nights, performances at the Olympia, journeys across India and a number of unforgettable hits. Lisa Azuelos’ film is a beautifully crafted look into the emergence of a modern woman at a time that was decidedly less modern.” (French Film Festival)

A sentimentalised, shallow biopic that looks and sounds better than it is.

Despite running just over two hours, there is almost no sense of who Dalida was beyond the private lover and the public performer.