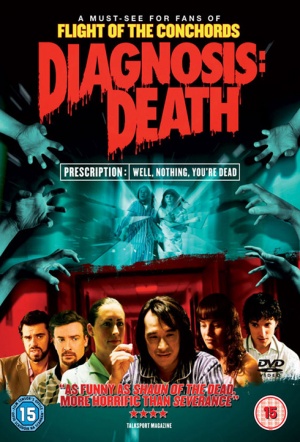 This genre-busting horror spoof stars the Flight Of The Conchords trio (Bret McKenzie, Rhys Darby & Jemaine Clement), as well as Loren Horsley (Eagle vs. Shark) and Raybon Kahn. From the director of Tongan Ninja and labelled as a nod to Peter Jackson's early movies.

A supernatural force brings together two lost souls, undergoing radical treatment at an experimental drug-testing facility. But when the facility is locked down for the weekend and the drugs take effect, the human guinea pigs experience sinister hallucinations pointing to a horrific double murder. Unsure of where reality stops, the apparitions become more and more threatening until the only way to leave the facility alive is to solve this haunting secret.