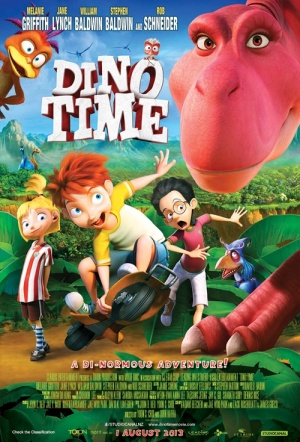 Prehistoric animated family adventure featuring the voices of Jane Lynch, Rob Schneider and Melanie Griffith. Three kids stumble 65 million years into the past where a pink T-rex named Tyra mistakes them for her own children.

Dino Time is an American co-production with South Korea. The film was redubbed in English for its Western release.