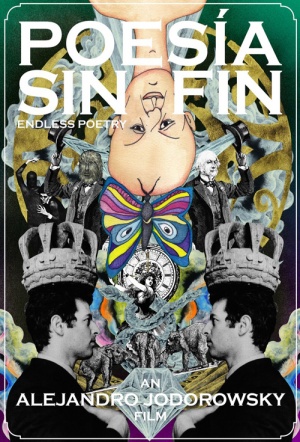 Following autobiographical fantasy The Dance of Reality, director  Alejandro Jodorowsky’s attention shifts to his teens and twenties, when his artistic interests drew him into the same circles as other Chilean artists and intellectuals.

"Endless Poetry portrays Alejandro Jodorowsky’s young adulthood, set in the 1940s and 50s, in the electric capital city of Santiago. There, he decides to become a poet and is introduced, by destiny, into the foremost bohemian and artistic circle of the time. He meets Enrique Lihn, Stella Diaz Varín, Nicanor Parra and many others of the country’s young, promising and unknown artists who would later become the titans of Latin America’s literature." (Cannes Directors' Fortnight)