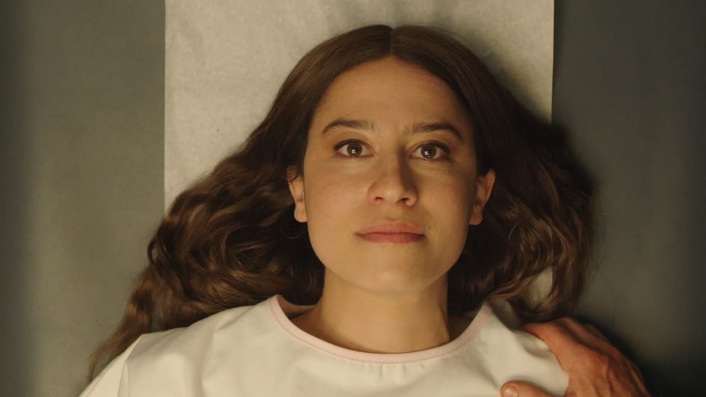 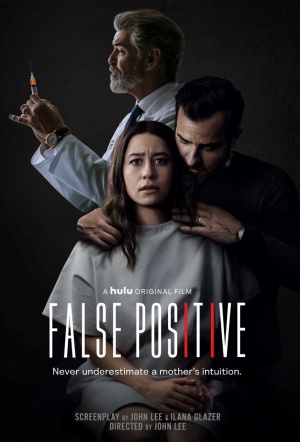 Horror film written by and starring Ilana Glazer (Broad City), inspired by  Rosemary's Baby. After difficult struggles with fertility, loving couple Lucy (Glazer) and Adrian (Justin Theroux) find a savior in charming reproductive specialist Dr. Hindle (Pierce Brosnan). But as their dreams come true, cracks start to appear in the façade of normalcy, sending the now-expectant mother into a spiral of suspicion that threatens her grasp on reality.

"A clever and chilling look at gender roles and the notion of unconditional trust, False Positive delivers an unexpectedly twisted tale of modern family troubles. Boasting a solid ensemble cast, including a memorable turn from Gretchen Mol as Hindle’s loyal nurse, director John Lee has truly found a kindred spirit in leading lady and co-writer Glazer. Longtime collaborators on the acclaimed Broad City, the two have shifted gears entirely here, abandoning the jokes but maintaining the edge for this genre-bending thriller about the perils of parenthood." (Tribeca Film Festival)