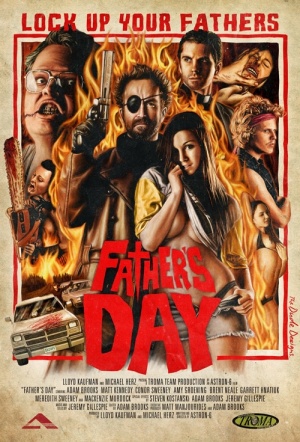 In this modern-day comedic grindhouse horror, Chris Fuchman (an infamous killer and rapist) resumes his campaign of sexual violence and murders of fathers, and it's up to Ahab, the son of one of his victims, to stop him. With the help of an eager priest and a street hustler called Twink, Ahab will have to pursue Fuchman through the urban degradation of Tromaville and beyond to bring an end to his sadism - a mission that will take them further than they could possibly imagine.

A gleefully tasteless quasi-grindhouse nasty that's funnier than most of the many such parodic cheesefests that have been created since, well, "Grindhouse."

Grindhouse, by way of Troma…or at least, what we’d all wish Troma would be again.