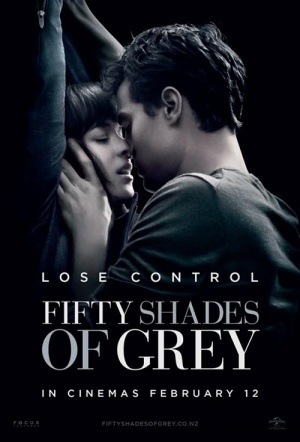 Everyone’s favourite saucy Twilight fan-fic has finally hit the big screen and boy is it… something. It is a thing. To its credit, Dakota Johnson’s Anastasia Steele is fifty billion shades of more likeable than her limp book counterpart - the perfect balance of cool chick, demure ingénue and sultry siren - and thankfully we’re no longer privy to the clunky metaphors that occupy ‘book’ Ana’s every waking moment (“I feel the colour in my cheeks rising again.

A slick exercise in carefully brand-managed titillation - edgier than most grown-up studio fare, but otherwise a fairly mild provocation in this porn-saturated day and age.

With the sex scenes and the drama lacking the required heat, it’s ultimately unsatisfying.

Johnson’s Ana squeezes believability out of one of the more silly romantic entanglements in recent popular culture.

A memorable and society-shifting cultural event, it’s in no way a memorable movie.

Aiming to please, the filmmakers submit without hesitation to the bold yet hokey source material, with leads Jamie Dornan and Dakota Johnson breathing a crucial third dimension into cutout characters.