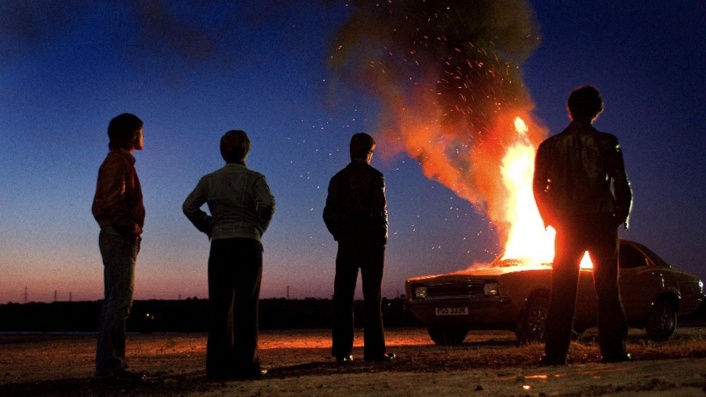 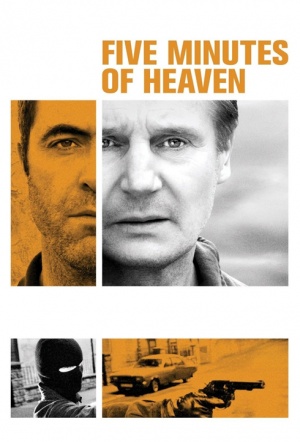 Five Minutes of Heaven is a gritty drama exploring the trouble in Northern Ireland. Stars Liam Neeson. The story begins in 1975 when 17-year-old Alistair Little, a member of the UVF (a Northern Irish paramililtary group), murdered a 19-year-old Catholic, Jim Griffin, in Lurgan. It was witnessed by Jim's younger brother, Joe. Thirty years later Joe Griffin (James Nesbitt) and Alistair (Neeson) are set up to meet, on camera and arranged by the media. The aim is to reconcile, but Joe has different motives.

Half-truth and reconciliation are the driving forces behind this powerful drama from the writer of Omagh (Guy Hibbert), which takes a real-life tragedy as the starting point for a hard-hitting exploration of Northern Ireland’s troubled past and uneasy future.

A feature-length talkathon built on a sketchy premise, some unpersuasive psychology, a pinch of politics and strong star turns from Liam Neeson and James Nesbitt, the appeal of all those words runs out long before the director Oliver Hirschbiegel turns off the spigot.

An imperfect but intensely human movie that ponders the aftershock of violence, could have been an exercise in overacted sappiness. Instead, it's as hard and uncompromising as remorse.

Troubled pasts relived once the last bullet is fired.

Based on a true story -- that never happened. That might explain why the film circles and circles its subject but never strikes dramatic pay dirt.