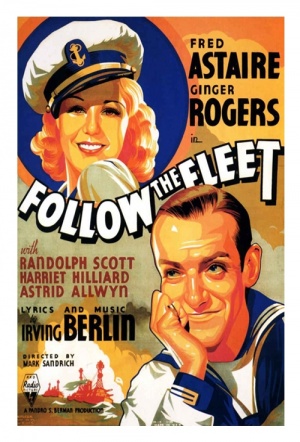 Fred Astaire/Ginger Rogers nautical themed dance musical, directed by frequent collaborator Mark Sandrich (The Gay Divorcee, Top Hat) and co-starring Lucille Ball and Betty Grable. A Navy man (Astaire) tries to rekindle a romance with the woman he loves, who now works as a dance hostess in a San Francisco ballroom. Both the film and its Astaire songs topped charts on release in 1936.