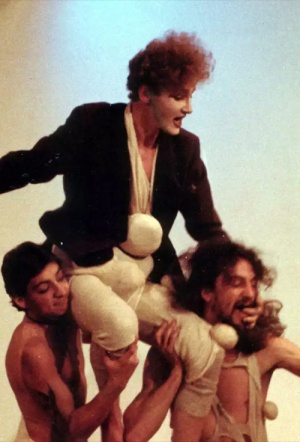 "Shirley Horrocks's film draws on Free Theatre’s extensive archive of their own work. Free Theatre has often courted controversy and the film is studded with remembered provocations: audiences at a production of 1984 were separated from their friends and even forcibly evicted by costumed security guards... 37 years on Free Theatre has proven as definitive and resilient a Christchurch institution as the one it set out to oppose – and richly deserving of this salute from New Zealand’s most dedicated and attentive documentarian of art and artists." (New Zealand International Film Festival)