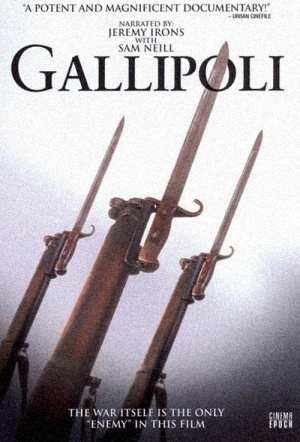 Documentary on the battle of Gallipoli, features a dramatic reconstruction. The war at Gallipoli began as a demonstration of strength against the Ottoman Empire by Great Britain and her allies. It ended as one of the largest landing operations in history and one of the bloodiest and most controversial battles of the First World War.

"The Gallipoli campaign affected Turkey, Britain, Australia and New Zealand profoundly. A new national consciousness began to rise on the shores of the Turkish peninsula. For Australia and New Zealand it became their first major trial on the world stage. To capture the spirit of the campaign and the soldiers' experiences, Gallipoli tells the story simultaneously from the perspective of all sides involved, and sets out to capture the human dimension."