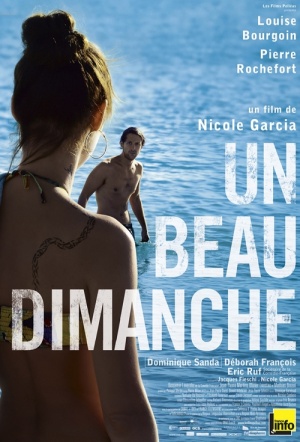 An unlikely pair - a teacher and a lonely young boy suspended between two estranged parents - embark on a weekend motorcycle voyage full of surprises and unforeseen consequences in this French drama from actress and director Nicole Garcia.

"It all starts from the simplest of premises. One day a supply teacher befriends a young boy waiting alone outside school for a parent who is late for pickup. When the teacher, Baptiste (Pierre Rochefort), extends a helping hand to young Mathias (Mathias Brezot), neither can imagine where this gesture will lead... What follows is a journey of discovery and reconciliation. Mathias goes in search of his mother, and she will be the key to unlocking secrets buried in the distant past. Two disconnected drifters, suspicious of attachment, wary of commitment, become fellow travellers." (Toronto International Film Festival)

A fine little French drama in which unexpectedly crossed paths turn out to be a catalyst for mutual change.

May not be particularly insightful... [but] director Nicole Garcia has crafted a pensive, tender character study that remains involving throughout.

A well-acted, impressionistic drama that loses steam in its second half.