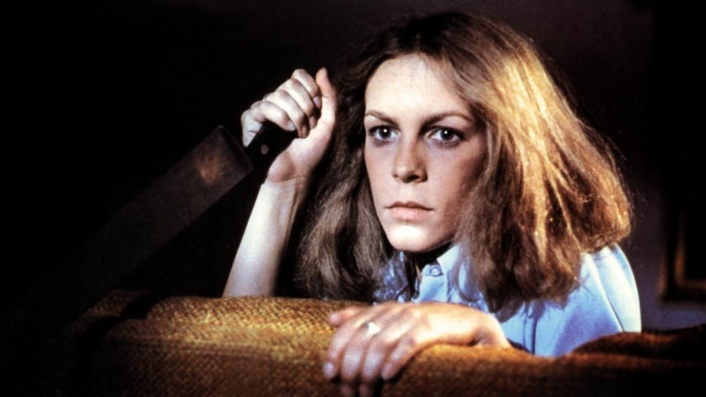 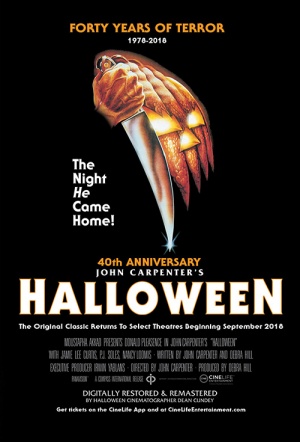 John Carpenter's seminal independent slasher horror, featuring Jamie Lee Curtis in her film debut. Having stabbed his sister to death as a six-year-old, Mike Myers escapes from a psychiatric hospital 15 years later and returns home to Haddonfield, Illinois, to stalks teenager Laurie Strode (Jamie Lee Curtis) and her friends. Psychiatrist Dr. Loomis (Donald Pleasence) follows Myers to try and stop him before it's too late.

Halloween was produced on a budget of $US 325,000 and grossed nearly $120 million at the worldwide box office, making it one of the most profitable independent films ever. The film inspired modern slasher films, a genre with roots in Hitchcock's Psycho (1960).

After a promising opening, Halloween becomes just another maniac-on-the-loose suspenser.

A seminal slasher that gets better with age.

Perhaps not quite so resonant as Psycho to which it pays due homage, but it breathes the same air.

An absolutely merciless thriller, a movie so violent and scary that, yes, I would compare it to Psycho.

Regardless of how silly you think it all is, this will have you scared witless by the time the end credits roll; low budget horror hog heaven.