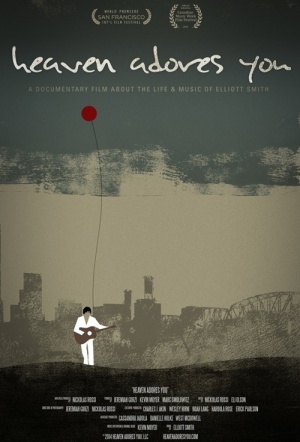 Documentary on the late, great musician Elliott Smith. Described by the filmmakers as an "intimate, meditative inquiry" into his beautiful pop music, life, and ultimately tragic end. Set against the landscapes of where he lived - Portland, New York City and Los Angeles.

Smith released five studio albums (two more have been released posthumously). Always with a passionate fanbase, Smith came closest to mainstream success when Gus Van Sant - a fellow Portland resident - used his music for Good Will Hunting. The song Miss Misery was nominated for an Academy Award. Smith died in 2003 from two stab wounds to the chest in an apparent suicide.

However hard this documentary tribute tries to celebrate Smith's achievements, the dark stuff is never too far under the surface.

Rossi's film will purr for Smith devotees, but is exasperatingly incurious about anything but the majesty of the man and his music.

An unfinished song that doesn't claim to answer questions surrounding its subject's death but nonetheless provides a haunting portrait.