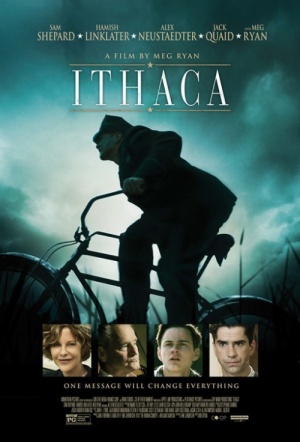 Meg Ryan stars in her directorial debut, a pre-WWII story set in a small California town where a 14-year-old looking to be the best bicycle telegraph messenger ever. Co-stars Sam Shepard and Tom Hanks. Based on the novel The Human Comedyby William Saroyan.

His older brother has gone to war, leaving Homer to look after his widowed mother, his older sister and his 4-year-old brother, Ulysses. And so it is that as spring turns to summer, 1942, Homer Macauley delivers messages of love, hope, pain and death to the good people of Ithaca. And Homer Macauley will grapple with one message that will change him forever – from a boy into a man.