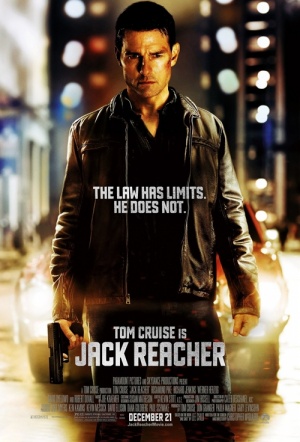 When a sniper takes five lives with six shots, all evidence points to the suspect in custody. On interrogation, the suspect claims his innocence and offers up a single note: "Get Jack Reacher." So begins a chase for the truth, pitting the ruthless Reacher - teamed with a young defense lawyer (Pike) - against an unexpected enemy with a skill for violence and a secret to keep.

A superior thriller, with Cruise and McQuarrie slotting together like a bullet in a clip. Like Reacher on the firing range, the aim isn’t always true – but the misses are fractional.

The self-confident, supercompetent Reacher is a character Mr. Cruise could play in his sleep, which is pretty much what he does.

The actor can do cool and calculating, it's the meaning behind it that never flickers to life.

Cruise might not be the 6-foot-5 rock described in the books, but he makes the title role fit him like a latex glove in a winning turn that could spawn a popular new franchise.

A witty, violent take on Reacher that makes up for its lack of height with an abundance of smarts and thrills.