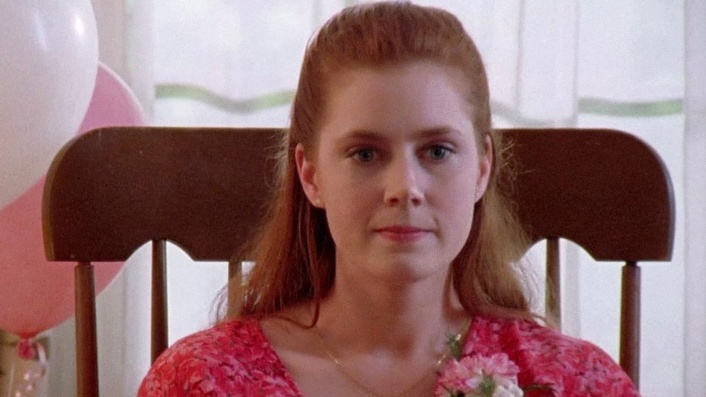 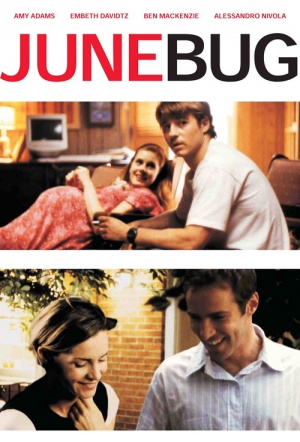 Character driven comedy-drama that’s left festival audiences joyous, and a bulking trophy shelf for actress Amy Adams who plays an overly enthusiastic country bumpkin and mother-to-be, hooked on the fashion tips and tittle-tattle she reads in chic lifestyle magazines. The story centers on the awkward culture clash & failed connections within an extended family.

Big city art-dealer, Madeleine (Davidtz) meets her husband’s family for the first time, in small town North Carolina. Though most of the family are intimated by her chic persona, sister-in-law Ashley (Adams) - another outsider sucked into the family by marriage - seizes on Madeleine’s city sophisticate with an enthusiasm that’s "charmingly tinged with tactless inelegance" (Empire). But Madeleine is also there on business, in search of an eccentric artist, which eventually forces her to choose between her new family and her ambitions.

Junebug is a great film because it is a true film. It humbles other films that claim to be about family secrets and eccentricities. It understands that families are complicated and their problems are not solved during a short visit, just in time for the film to end. Families and their problems go on and on, and they aren't solved, they're dealt with...

Ensemble casts like this are not easy to come by. Adams is something more than that -- a brilliant young comedian bursting into bloom...

Screenwriter Angus Maclachlan has delicately etched a compelling portrait of a way of life whose decencies and simplicities are often dismissed as being "unsophisticated." In like spirit, director Phil Morrison has succinctly depicted the richness of seemingly open green spaces, the genuineness of small-town suburban community... The acting is graceful and rich...

It’s always doubly delightful to stumble across a picture that is not only an enjoyable surprise, but which also contains a star-in-the-making whom the more sensationalist media is yet to tarnish with cheap celebrity... Amy Adams lights up Phil Morrison’s pleasingly understated study of clashing cultures and backwater frustration...

A witty character study, this is Phil Morrison's first feature which takes the staid family reunion theme and gives it a shine with fresh insights and wry observations...