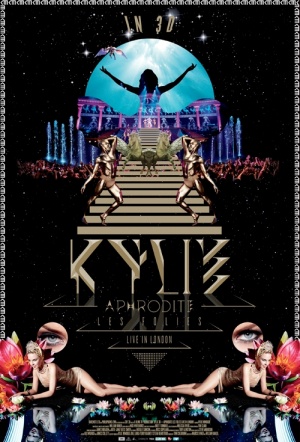 Kylie (Minogue) concert movie filmed over two-performances at London's O2 Arena. Features her biggest hits (including Can't Get You Out Of My Head, Spinning Around, and Slow) along with tracks from her latest album, Aphrodite. From golden chariots via flying angels to a water-soaked finale.

Trailer
35%
want to see
See all