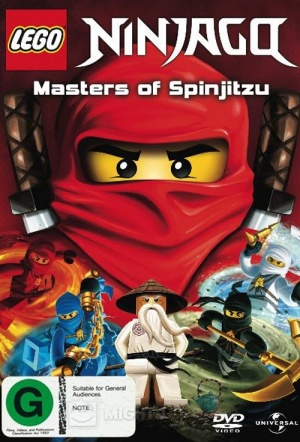 Animated, family action comedy based on the Lego toyline and subsequent TV series, about a teen named Kai and his quest to become a ninja.

The world of Ninjago is in terrible danger. An army of skeletons has invaded from the underworld, under the command of the evil Lord Garmadon. Their goal: capture the Four Weapons of Spinjitzu, artifacts so powerful it is said no one being can wield them all at once. Now Garmadon’s brother, the heroic Sensei Wu, must gather four young men and train them in the ways of the ancient art of Spinjitzu. These four – Kai, Jay, Zane and Cole – must become ninja and stand against the dark power of Garmadon and his evil skeleton army.