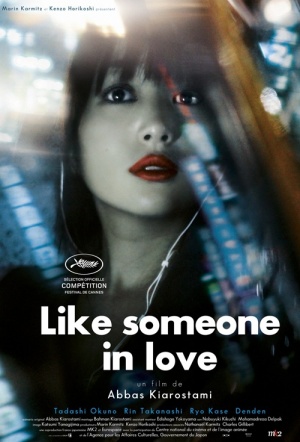 Tokyo student and call girl Akiko (Rin Takanashi) develops an affinity with elderly widower Takashi (Tadashi Okuno), who seeks company and conversation rather than physical intimacy, in this character drama set over two days. Written and directed by veteren filmmaker Abbas Kiarostami, this is his second film shot outside his native Iran. The title is taken from the same-named jazz standard, as sung by Ella Fitzgerald on the movie's soundtrack.

Akiko falls asleep in the Takashi's bed and things get complicated the next morning when the pair run into her jealous boyfriend. Crisis is averted when the boyfriend thinks Takashi is Akiko’s grandfather, and when they both fail to correct him, the duo find themselves prolonging the charade.