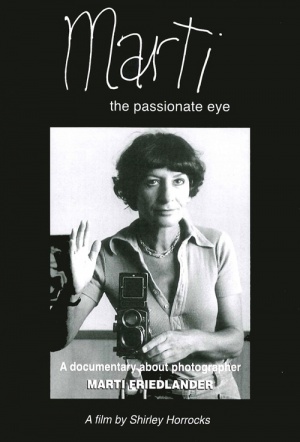 A tribute to one of New Zealand’s greatest photographers, Marti Friedlander. Written and directed by Kiwi filmmaker Shirley Horrocks.

After training in England, Marti Friedlander married a Kiwi and moved to Henderson, Auckland which she found fusty and conservative after her bohemian life in London. Photography allowed Marti to negotiate a relationship with New Zealand and her curious and questioning lens has provided a unique record of New Zealand lifestyles from the 1950s onwards.