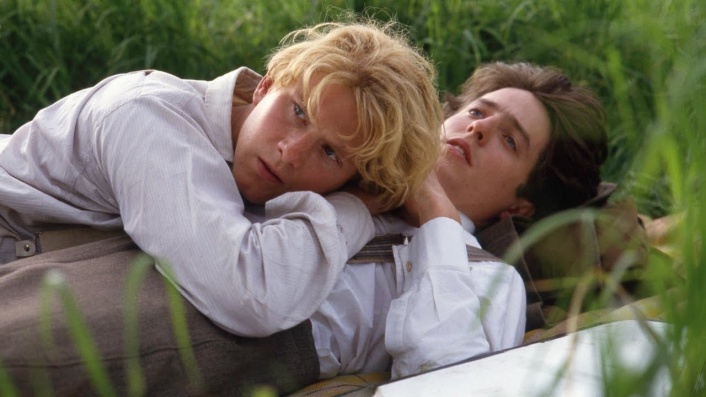 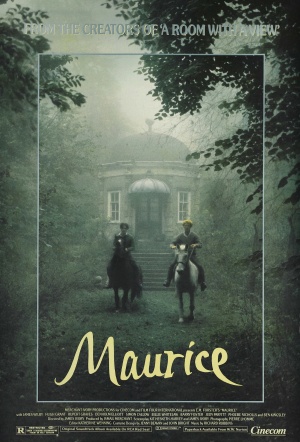 James Wilby (Godford Park), Hugh Grant (Notting Hill) and Rupert Graves (V for Vendetta) star in this 1987 drama about a young man attempting to come to terms with his sexuality while living in an oppressive Edwardian society. Co-written and directed by Oscar-winner James Ivory (The Remains of the Day), adapting E.M. Forster's novel of the same name.

Set against the stifling conformity of pre-World War I English society, Maurice is a story of coming to terms with one's sexuality and identity in the face of disapproval and misunderstanding. Maurice Hall (Wilby) and Clive Durham (Grant) find themselves falling in love at Cambridge. In a time when homosexuality is punishable by imprisonment, the two must keep their feelings for one another a complete secret.

After a friend is arrested and disgraced for "the unspeakable vice of the Greeks," Clive abandons his forbidden love and marries a young woman. Maurice, however, struggles with his identity and self-confidence, seeking the help of a hypnotist to rid himself of his undeniable urges. But while staying with Clive and his shallow wife, Anne, Maurice is seduced by the affectionate and yearning servant Alec Scudder (Graves), an event that brings about profound changes in Maurice's life and outlook.

A film so handsome to look at and so intelligently acted that it is worth seeing just to regard the production.

A triumph of the Merchant Ivory aesthetic. The cast are gorgeous. The passion is polite. The conclusion is a little surprising. Well worth reviving.