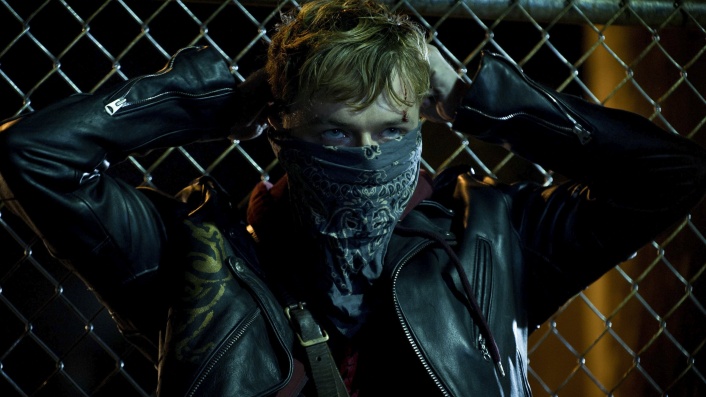 Metallica: Through the Never 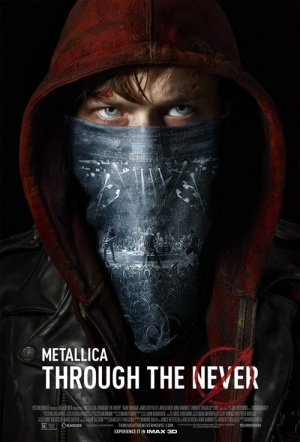 Metallica, a legion of their fans and Dane DeHaan (Chronicle) star in this concert film shot in IMAX that "marries groundbreaking footage and editing techniques with a compelling narrative". DeHaan plays a roadie sent out on a mission that turns into a surreal adventure, during a roaring Metallica arena concert (staged and shot exclusively for the film). From Nimród Antal, director of Predators, who co-writes alongside the four members of the band themselves.

Metallica: Through the Never | Reviews

The opening minutes of Metallica: Through the Never make it abundantly apparent that this is not a traditional concert film. Immediately looking like a million bucks, the film shows strong cinematic, rather than documentary, qualities as lead character Trip (Chronicle’s Dane DeHaan) is introduced. A roadie for the band, he’s returning to the arena they’re playing as he passes Metallica members in cameos that further distance Through the Never from vérité music docs – horror enthusiast Kirk Hammett dealing with a bleeding guitar, Robert Trujillo doing his ridiculous crab-walk bass-playing in a backstage chamber that shakes the auditorium.

A definitive document for anyone who’s ever hoisted the devil-horn fingers in metalhead solidarity.

It’s a histrionic distraction from the band doing their thing. Watch "Some Kind Of Monster" instead.

Maybe because the band enjoyed raves for its daring 2004 psychodrama, Some Kind of Monster, an experimental narrative is shoehorned in, involving a roadie (Dane DeHaan) doing bloody battle in a deserted city. Your heart sinks with every cutaway.

Despite swooping camera movements and elaborate stagecraft, the film produces detachment rather than immediacy.

In between songs there's a movie within a movie as Dane DeHaan silently takes on the forces of anarchy on behalf of the band. Awesome.

Even at its goofiest, Through The Never brings back the communal appeal of those early concert films, which were often just a way for young fans to bond with other young fans over the music of entertainers who seemed to understand what they really wanted.

However mindless and heartless it may be, Through the Never succeeds as pure sense-swamping spectacle. It is a blow-out banquet for Metallica fans, and a blockbuster rock-and-rollercoaster ride for any heavy metal tourists curious to see this music played at major-league level.

Metallica: Through the Never | Release Details

Metallica: Through the Never is available to stream in New Zealand now on Apple TV.