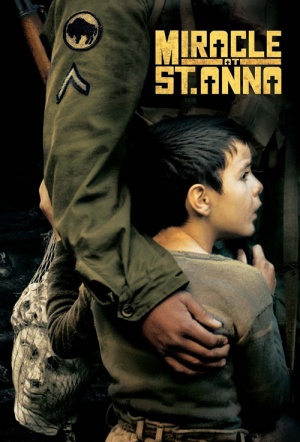 Angered by Clint Eastwood's Iwo Jima films (Flags of our Fathers, Letters from Iwo Jima) which ignored the contributions of black soldiers during World War II (more on the wee fued here), Spike Lee's done the right thing and made his own. Based on James McBride's novel, which was inspired by the real life Sant'Anna di Stazzema massacre, Miracle At St Anna skips in time between 1983 and 1944 to piece together the tale of four soldiers from the all-black 92nd Infantry Division who are trapped in a village in Tuscany during the Italian campaign after rescuing an orphaned boy.

Before the cameras rolled, Lee put his actors - including Catch A Fire's Derek Luke - through a no-holds-barred army boot camp, then during the shoot he pushed them so hard, Michael K. Williams (The Wire) was hospitalised with nervous exhaustion.