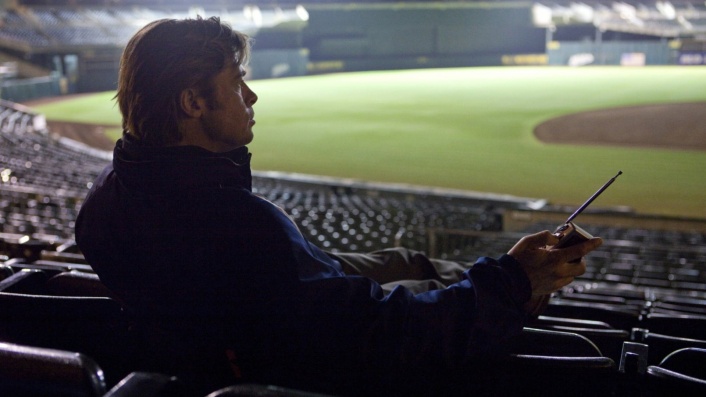 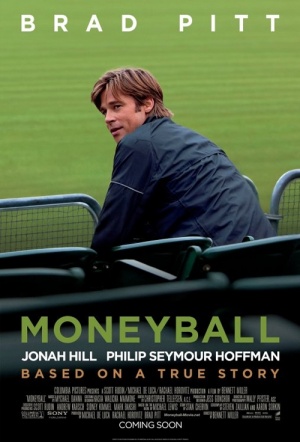 True baseball drama about Billy Beane's desperate, unorthodox methods as general manager of the Oakland Athletics - the major league's poorest club. Stars Brad Pitt, Jonah Hill and Philip Seymour Hoffman. From the director of Capote, based on the book Moneyball: The Art of Winning an Unfair Game.

Frustrated with the team's lack of money and continuously losing talent to far wealthier clubs, Beane (Pitt) - a failed former player with a growing hatred of losing - figures he needs a unique approach to compete. He sees the light in theories championed by Peter Brand (Hill), a young Yale economics major, new to baseball. To the chagrin of the club's traditionalists, Beane and Brand attempt to create a more competitive team, on bargain bin prices, thorough analysis and a new sabermetric approach to scouting players.

You’ll be surprised how hard it grips, even if baseball means less than sod-all to you.

Turns out to be smart, funny and seemingly seamless.

One of the most soulful of baseball movies -- it confronts the anguish of a very tough game.

Takes all this seemingly dry, dusty, inside-baseball stuff and turns it into the kind of all-too-rare pleasurable Hollywood diversion that gives you a contact high.

It's an engaging, almost exotic film.

Moneyball is one of the best and most viscerally exciting films of the year.

A smart, intense and moving film that isn't so much about sports as about the war between intuition and statistics.

A baseball movie for people who dislike the sport.

A chest-swelling story about second chances and flipping a finger up (even a giant foam one) to The Man.

The entertaining banter between Pitt and Jonah Hill isn't quite enough to make such an insular world compelling.

Persuades as a rousing egghead triumph.