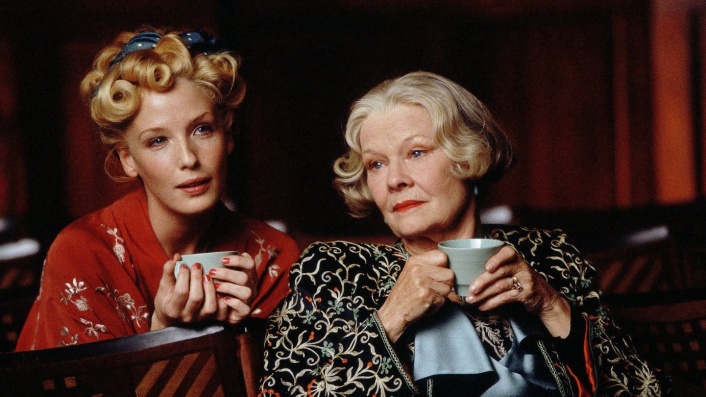 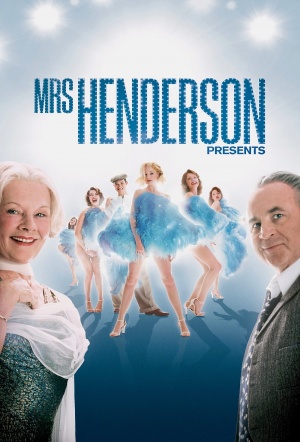 A light, based on fact, comedy/drama starring two screen legends in Dench & Hoskins.

Mrs. Laura Henderson (the undeniably affecting Dench), a wealthy widow, refuses to spend her last days playing bridge and cooking scones, instead she buys herself The Windmill Theater in London. She hires a successful and stubborn showman Vivian Van Dam (Hoskins) to make it work. While the Germans are bombing, the Windmill roars louder as Laura bypasses censorship laws and runs a nude revue. In order to titillate Londoners, she gets her dancers to just stand still – thus they’re not actually nude dancers, just nude, and legal. “Brought to its knees by war, what Mrs. Henderson Presents brings a nation to its feet in applause”.
2005Rating: M, contains offensive language & nudity99 minsUK
ComedyDrama

Mrs. Henderson Presents is not great cinema, and neither was the Windmill great theater, but they both put on a good show...

It's a slight story to be sure, but the pleasures of Mrs. Henderson Presents lie less with the narrative and more with the film's tone and the dynamic duo of Dench and Hoskins...

DENCH AND HOSKINS LEAP OFF THE SCREEN... Something wicked this way comes in Stephen Frears' musical-drama Mrs Henderson Presents. Amazingly it's Dame Judi Dench, who delivers a captivating performance as an upper class widow who buys a dilapidated Soho theatre and turns it into a nude revue, which combines a quirky showbiz tale with stiff upper lips in war-torn London...