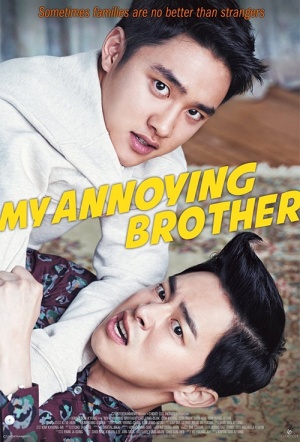 Jung-Suk Jo and Kyung-Soo Do are estranged brothers who must settle their differences to get each other through hard times in this South Korean comedy.

National Judo athlete Doo-Young (Do) loses his sight permanently after damaging his optic nerves during an event. His estranged older brother Doo-Sik (Jo) then takes advantage of his brother's sudden crisis to get paroled from prison. But to Doo-Young, who lost his parents as a teenager and has been fending for himself since, the news of Doo-Sik coming back home only creates more stress in his life. Still barely adjusted to his new impairment, he now has a swindler of a brother to deal with.

Although hesitant at first, Doo-Young slowly warms to his older sibling, who gradually takes charge and helps him adjust to his disability. But just when the two brothers are starting to make amends, Doo-Sik finds out that he's in the final stage of terminal cancer. He has only a short time to say farewell to his brother and help him win gold at the Rio Paralympics, which will secure his future.