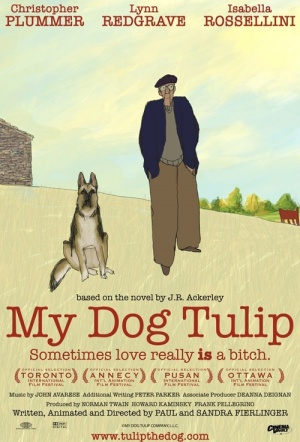 "In 1947, J.R. Ackerley (voiced by Christopher Plummer) rescued an 18-month-old Alsatian bitch from a life of poverty and squalour, and in so doing changed his life forever… Beautifully rendered by animators Paul and Sandra Fierlinger, My Dog Tulip is as much a portrait of the human animal as the canine variety. Its characters are an eccentric cross-section of British dog-owning society – and their bow wows – dryly and earthily observed.

Determined to provide Tulip with every possible type of doggy happiness including the pleasures of sexual love and motherhood, Ackerley sets out to discover a suitable king for his queen. In the words of a wise vet (voiced with calm precision by Isabella Rossellini), 'She's in love with you, that’s obvious.' " (Vancouver International Film Festival) 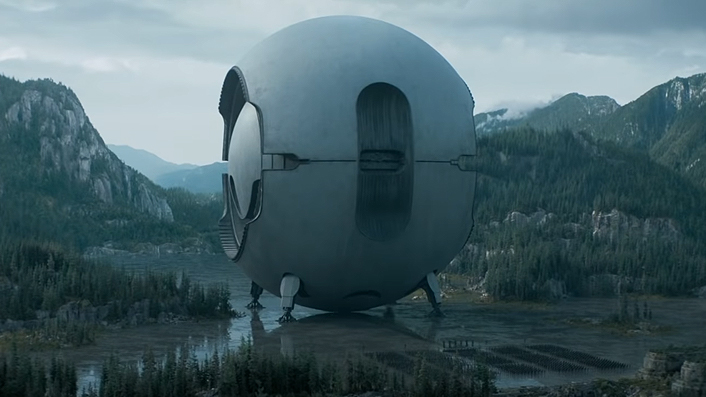