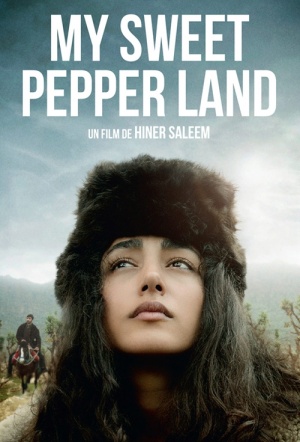 Middle Eastern drama, nominated at Festival de Cannes 2013, set at the borders of Iran, Turkey and Iraq where illegal trafficking thrives. After the fall of Saddam Hussein, Baran - a Kurdish independence war hero - accepts a position as police chief in the godforsaken village where the borders meet. There he meets Govend, a defiant, independent woman who has come to work as the teacher in the newly-opened school despite her 12 brothers' hostility to the idea.

Admittedly, the denouement is slightly off the pace and it all fades to an anticlimax, but wide blue skies, craggy bluffs and sure-footed mountain ponies are all put to good use.

Director Hiner Saleem's most successful attempt to depict the new Kurdistan with humor and imagination.