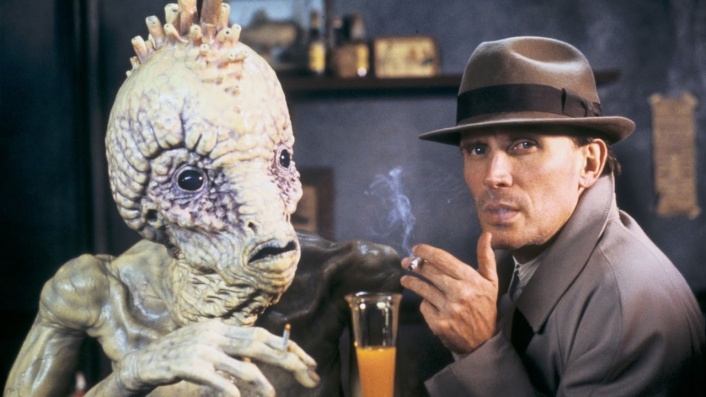 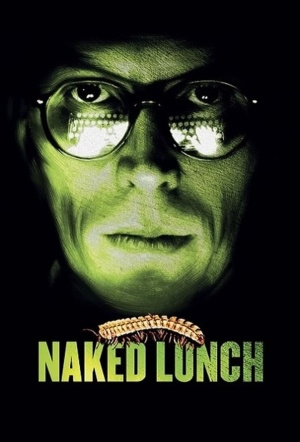 David Cronenberg (The Fly) takes on William S. Burroughs's novel, considered both extremely controversial and incredibly influential, following an exterminator addicted to his own bug-killing poison.

Blank-faced bug killer Bill Lee (Peter Weller, RoboCop) and his dead-eyed wife, Joan (Judy Davis), like to get high on Bill's pest poisons while lounging with Beat poet pals. After meeting the devilish Dr. Benway, Bill gets a drug made from a centipede. Upon indulging, he accidentally kills Joan, takes orders from his typewriter-turned-cockroach, ends up in a constantly mutating Mediterranean city and learns that his hip friends have published his work -- which he doesn't remember writing.

While I admired it in an abstract way, I felt repelled by the material on a visceral level.

A treat for Cronenberg fans, though this could hardly be called a gripping, or emotionally involving, story; you're more likely to need a can of bug spray than a hanky.

There's a synergistic overlap here between Cronenberg's own particular brand of weirdness and Burroughs's; they're both twisted in ways that complement each other nicely.