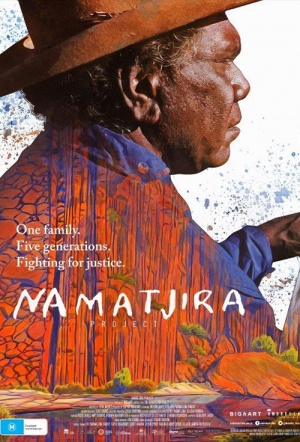 Documentary tracing the Aboriginal Namatjira family's quest for justice from the remote Australian desert to the opulence of Buckingham Palace.

Albert Namatjira was the first Indigenous person to be made a citizen by the Australian Government. The founder of the Indigenous art movement in Australia, his artworks gave many Australians their first glimpses into to the outback in the heart of the country. He was widely celebrated, exhibited globally, and introduced to Queen Elizabeth. However, Namatjira was caught between cultures – paraded as a great Australian, and at the same time treated with contempt.

He was wrongfully imprisoned and in 1959 he died a broken man. In 1983 the Government sold the copyright to his entire catalogue of artworks to an art dealer. Today his family fight for survival, justice and to regain their grandfather’s copyright.