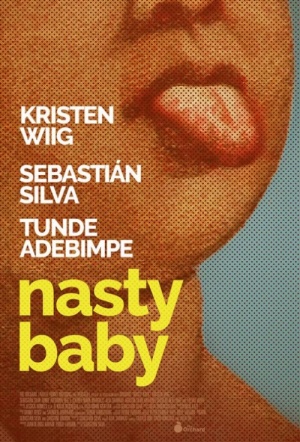 Kristen Wiig stars in this Chilean-American drama as a woman helping her two friends – a gay couple – make a baby. But as the situation grows more complex, the trio is forced into making morally questionable decisions. From writer-director Sebastián Silva (Magic Magic, Crystal Fairy & the Magical Cactus).

The film won a Teddy for best LGBT-themed feature at the 2015 Berlin International Film Festival, stating: “The jury wishes to highlight the film's bold intention to present an urgent question of morality. Director Sebastian Silva confronts middle-class gay artist life in Brooklyn as it clashes with realities of class, race and gentrification. What starts as a film about a gay couple and their best friend trying to conceive a baby turns into a gruesome situation that symbolizes major divides that cut across the LGBT spectrum and across society. It's a provocative film that sensitively portrays the queer American dream, and subtly implores all of us to dream beyond.”

A loosely scripted, raucously nonconformist laffer that looks like it's going one way, only to arrive somewhere else entirely...

A vibrant, thoughtful piece about modern life in a very particular gentrified neighborhood.