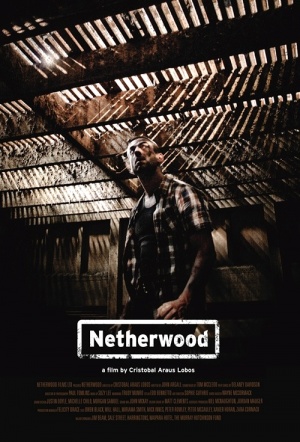 Kiwi-made, modern day Western shot in the valleys of North Canterbury, about a lone traveller's dangerous and complex journey through the peculiar town of Netherwood. Stars Miriama Smith, Mick Innes and Owen Black.

"Set in a fictional backwater and filmed in the beautiful limestone hills of Waipara, north of Christchurch, Netherwood stirs a hefty dose of hardboiled Southern Man stoicism into a modern day Western thriller. Black, best known as the creepy Dr Ethan Pierce on Shortland Street, stars in a very different role as the lone drifter Stan... It’s not long before he is butting heads with macho bully Mex, played by fellow Street alumnus Will Hall, cranking the redneck craziness up several notches. After Stan takes on a job pruning trees for Monroe, an old cobber of his father, things get very complicated: he falls for the mysterious Maria (Miriama Smith) and finds himself the middle man in a long-standing land dispute between Monroe and Mex’s father, the local baron Duncan Moore. With hothead Mex on the prowl it’s not long before this feud escalates into a tense and violent showdown." (Official Synopsis)