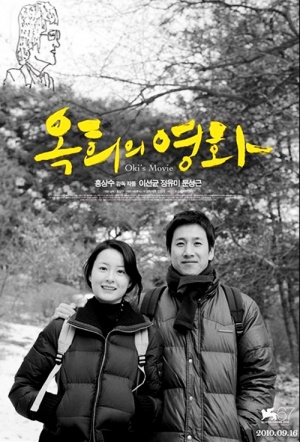 Korean love triangle comedy that splits its story of the romantic entaglement between two film students and their film school professor into several parts that shift backwards and forwards through time and in between fantasy and reality.

"Hong Sang-soo returns with a playful, supremely droll, multi-part comedy that finds the self-reflexive auteur in inspired form. Shifting between past and present, reality and fiction, Hong divides his film into several short films that chronicle the fumbling amorous and professional entanglements of young director Jingu, his film school professor Song, and fellow student Oki. Jingu pathetically pursues Oki, who herself is secretly having an affair with Song. Oki caps this inglorious love triangle with her own movie, laying bare the ‘guilt and exhilaration’ of her affairs with both Jingu and Song." (Source: NZ International Film Festival 2011)