One Direction: All for One 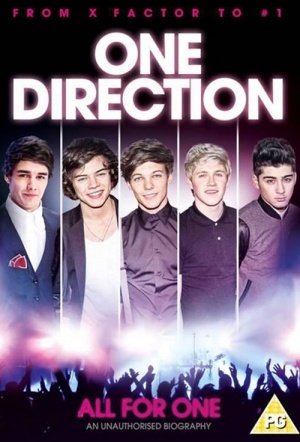 Documentary following the rise of English boy band, One Direction. Signed by Simon Cowell after placing third on X-Factor Britain 2010, the pop group shot to massive international fame with their debut album Up All Night, which entererd the British and US charts at number one. This unauthorised documentary shows Niall, Zayn, Harry, Liam and Louis through rare live performances from London to New York City, alongside interviews with friends and fans.