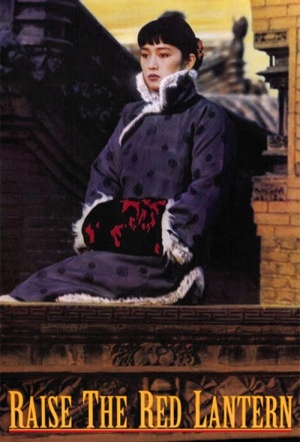 Li Gong (Memoirs of a Geisha) becomes the fourth wife of a wealthy lord in this period drama from veteran Chinese director Yimou Zhang (House of Flying Daggers).

China in the 1920s. After her father's death, 19-year-old Songlian (Gong) is forced to marry the much older lord of a powerful family. With three wives already, each living in a separate house within the great castle, there is fierce competition for his attention and the privileges that are gained...

A beautifully crafted and richly detailed feat of consciousness-raising and a serious drama with the verve of a good soap opera.

Gong Li delivers a performance of exquisite expressiveness that, like the film itself, is unnerving in its emotional nakedness.

A Chinese film of voluptuous physical beauty and angry passions.